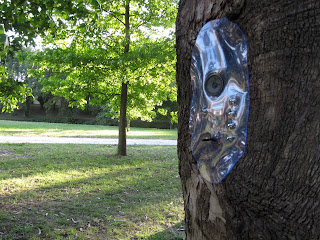 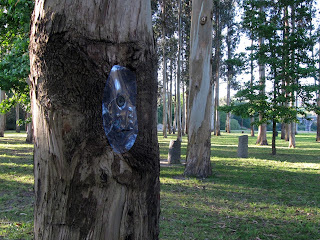 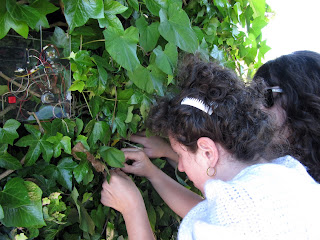 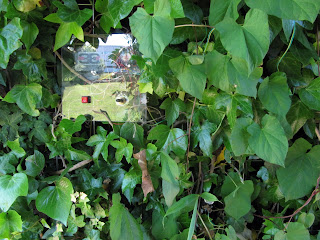 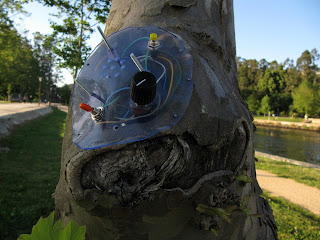 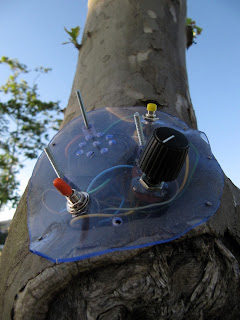 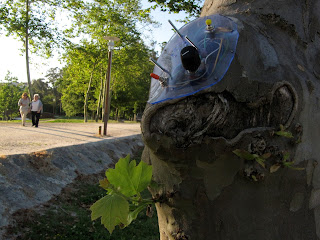 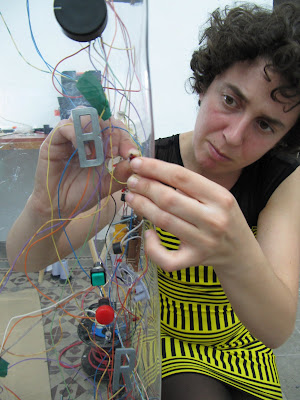 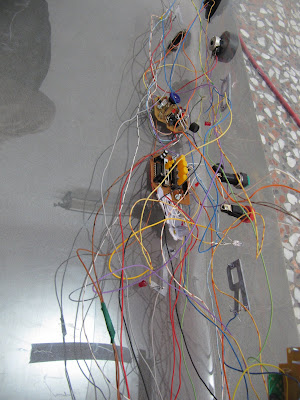 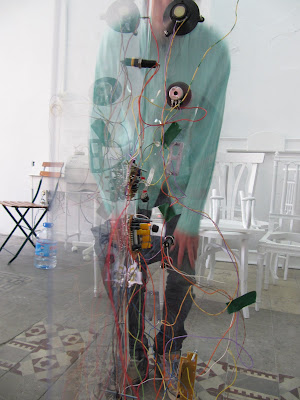 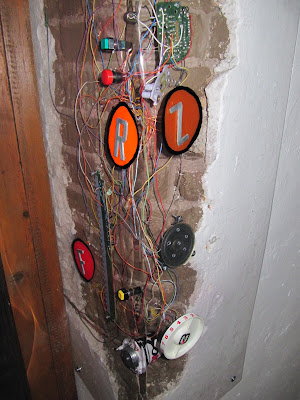 Site specific piece for El entresuelo, an art and design company, had ordered and reserved a corner at their place to have one of our pieces of circuit bending.
The piece is built into one corner of the study. Mix basic sounds with samplers of phonetic poetry. It´s integrated some metal letters acting as variable resistors.
An specific poetic sound object for this study of design.
Mixing some pianos of "Chinese shop" and a pair of Megaphones costing 6 and 8 €. We seek the most interesting points of these power circuits for bending.
Once we took in parts the instruments and seeing their potential, we developped the design of the plastic sheet and bent it with a blowtorch. El Entresuelo´s staff gave us some metal letters to create variable resistors.

The sounds that were recorded in the two samplers of megaphones were the pronunciation of these metal letters (R,Z,G,B,N,F)+ and the word "el entresuelo".
The sound of the megaphones can be altered by potentiometers and touching the metal letters whose LEDs are switched on.
By activating two at a time, we get different coupling and interferences.
Central module has a “start” (red buttom) which activates different melodies, a "noise" (green button) that distorts and becomes plane melody, and several letters that act as "pitch" and "distortion" in its potential combinations.
With all that we got successfully destroy melodies to noise and also we can play in a percussive way. Even you could think you´re talking to the wall through this sound piece.

We have some video samples. 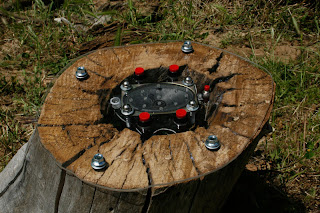 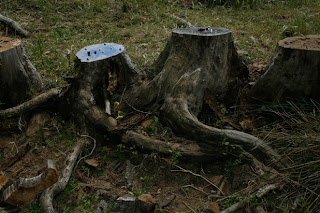 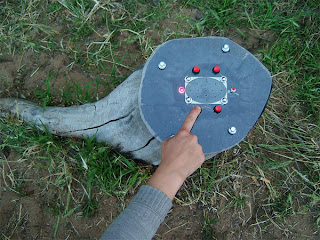 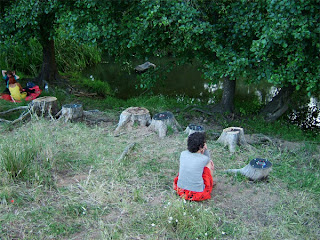 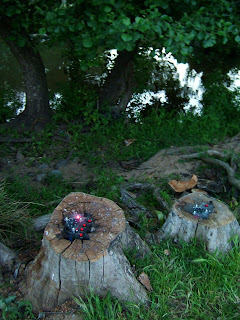 site specific installation for trunks in Ananil07 (www.ananil.com), near the river. Include sounds of animals and kids, potenciometers and body contacts. Also leds to ilumiante the board at night. All of them take energy from low bateries and have the supervision of studio3 movilunity during the festival. 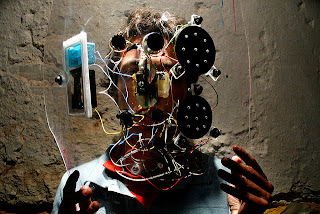 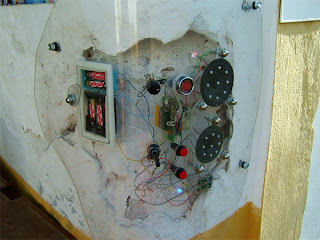 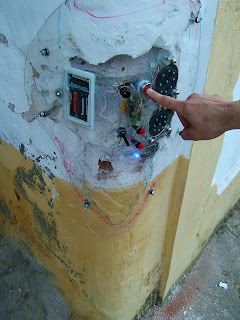 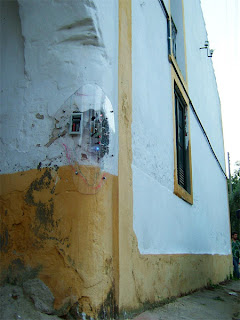 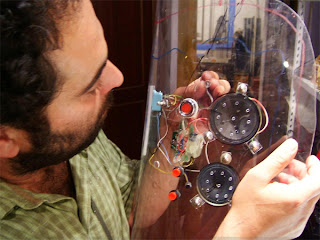 A piece from "circuitos des-integrados", site-specific instalation made for the event Ananil07, inserted in a hole of the house (www.ananil.com)
It had 2 different sounds that also could be modified with potenciometers, one of them is a sampler of  an alentejano man saying: to njoy, to breath, watter, to have fun, air, to make the most. 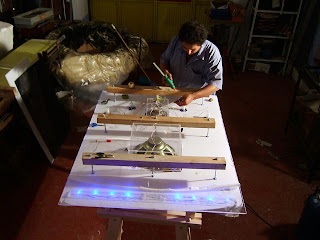 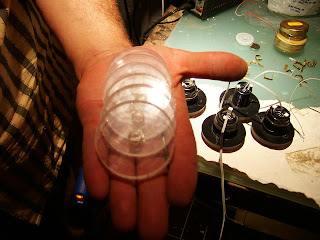 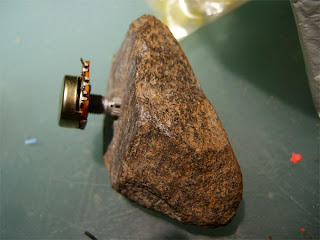 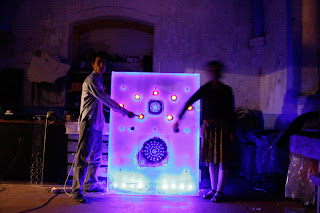 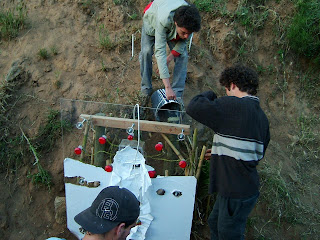 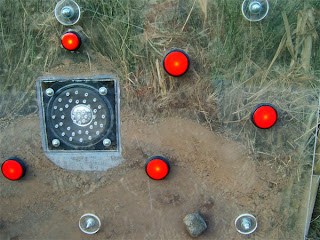 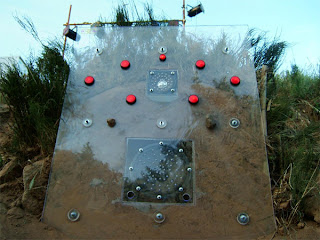 Another piece from "circuitos des-integrados", site-specific instalation made for the event Ananil07. This one installated on the mountain, a wall with botons and 2 potenciometers, which are stones. This machine had their own live, get alterated during the festival and change their behaviour.  sounds were coming really from the inside of the earth.